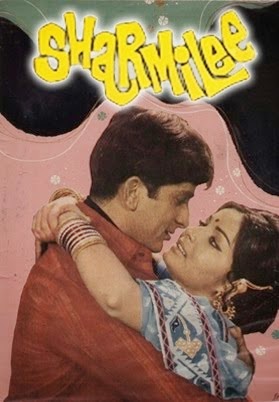 Captain Ajit (Shashi Kapoor) meets young and energetic Kamini (Rakhee) in Kashmir and instantly falls in love with her. After a brief romance, Kamini disappears. Meanwhile, Ajit's guardian seeks to arrange Ajit's marriage to Kamini's twin sister, Kanchan (Rakhee in double role). Ajit agrees to the marriage mistaking Kanchan to be Kamini but when the truth comes out, Ajit insists on marrying Kamini. Kundan (Ranjeet) a villain from Kamini's past surfaces, threatens and attacks Kamini but ends up getting murdered. In the attempt  to dispose Kundan's body, Kamini has an accident and her car falls off a cliff. Kamini's parents presume that she is dead and  make Kanchan to pose as Kamini and try to marry her off to Ajit. Now the story is about whether Kamini died or not?