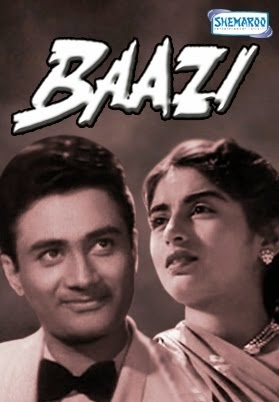 Madan (Dev Anand) is an unemployed young man. He takes gambling in order to improve his financial state and to take care of his ailing sister. He meets Dr. Rajani (Kalpana Kartik) who runs a free dispensary in his locality. The two get attracted to each other and fall in love. Rajani informs Madan that his sister is suffering from TB. She asks Madan to take her to a sanatorium so that she can be cured. Madan meets the beautiful Meena and spends some time  with her. Meena is found murdered subsequently and Inspector Ramesh arrests Madan for the murder. Who has killed Meena? How will Madan prove himself innocent?

Madan keeps quiet during the trial and is sentenced to be hanged. Inspector Ramesh finds some evidence that it wasn't Madan who killed Leena. He sets a trap for Rajani's father and leads him to believe that Madan has been hanged, and in his joy, makes him confess to his plan to frame Madan. Then, Rajani's father is arrested and imprisoned. Madan is sentenced to three months'  probation for gambling activities. He is united with Rajani after coming of the jail.