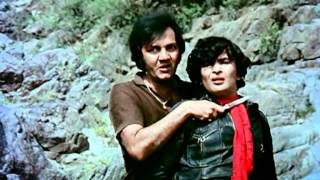 Prem Chopra is from a Punjabi Hindu family, was born on 23 September 1935, in Lahore. After the partition of India, his family moved to Shimla.

Jagjit Sethi, a Punjabi producer, gave him the break as hero in Chaudhary Karnail Singh, a Punjabi film. His debut film had the backdrop of Indo-Pak partition and it turned out to be a big hit and the film won the National award.  Subsequnetly,  he worked in Punjabi films and also Hindi films including  Woh Kaun Thi, Shaheed, Main Shaadi Karne Chala and Teesri Manzil.  Manoj Kumar  offered Prem Chopra  a  role in Shaheed.  He acted in hits like Nishan,Sikandar E Azam in 1965 and Sagaai, Mera Saaya in 1966. After Teesri Manzil and Upkaar, he was flooded with films as a villain.


He bacame a leading villain in Hindi films.  But in the comedy film Hulchul (1971), he played the lead hero. He also played the main lead in 1970 box-office hit small budget comedy film Samaj Ko Badal Dalo.  His statement  " Prem naam hai mera, Prem Chopra" from the film Bobby has become a very popular dialogue.  He acted with Rajesh Khanna  in 19 films  and 15 of them were hits.