Ranbir Kapoor is the son of Rishi Kapoor and Neetu Singh and he was born on 28 September 1982.

Kapoor started his film career in 2007 with Saawariya, alongside Sonam Kapoor and Rani Mukerji. The film did not do well at box office. But, Kapoor was awarded a Best Male Debut trophy by Film Fare.

Yash Raj Films gave primary role to him in the romantic comedy Bachna Ae Haseeno (2008). The film was his first commercial success.

In 2009, Dharma Productions's Wake Up Sid, became a hit. Kapoor next starred opposite Katrina Kaif in Ajab Prem Ki Ghazab Kahani, a  comedy that became the fourth highest-grossing Bollywood film of 2009. Kapoor's third release of 2009 was Rocket Singh: Salesman of the Year, a drama about a sardar who aspires to be a salesman. The film did not succeed at the box office.

Raajneeti was Kapoor's first release of 2010.  The film proved to be a major commercial success with worldwide earnings of over rupees 143 crores.


He did  an item number in the children's film Chillar Party (2011). For the film Rockstar, learned to play the guitar and practised extensively at A.R. Rahman's (the film's music composer) music studio. For the role, Kapoor won both the Best Actor and Best Actor (Critics) trophies at the 57th Filmfare Awards ceremony, along with Best Actor awards at Screen and IIFA. Rockstar was one of the top ten grossers of the year. 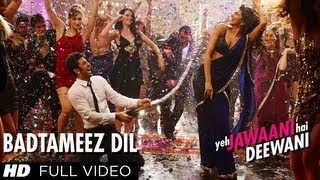