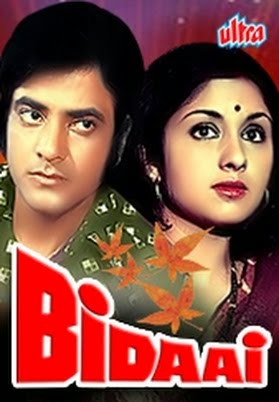 Parvati's husband passes away, leaving behind two sons, Prabhakar (Satyen Kappu), Sudhakar (Jeetendra) and a dumb daughter Gauri (Meena T), and the family is in a poor condition. When Prabhakar grows up, he marries Pooja (Kanan Kaushal) and moves out. Sudhakar grows up, completes his schooling, gets a job in distant place. When Gauri is not allowed to marry Murli (Asrani), both commit suicide. Sudhakar comes back home. Sudhakar marries wealthy Padma (Leena Chandavarkar) and brings her home. Disagreements start appearing in the household. Padma's pregnancy too fails to resolve any of the problems. Therefore,  the couple re-locates to Padma's palatial house in the city, leaving an ailing Parvati on her own. As the film goes on Padma understands the value of family ties. The brothers, Prabhakar and Sudhakar, get together with their mother to unite the family.

Blog being developed with great effort to make film lovers more aware and choose the films to watch based film collections under various themes. A curation of great utility to all including the developer of this blog.
Posted by Narayana Rao K.V.S.S. at 7:06 PM