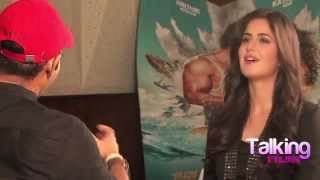 Katrina Kaif had an interview with Karan Kapoor on India Conclave. Watch the video 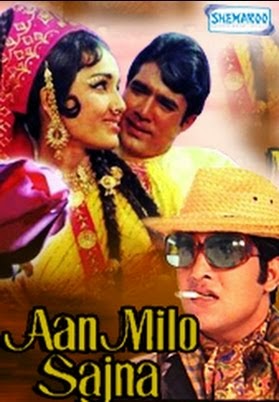 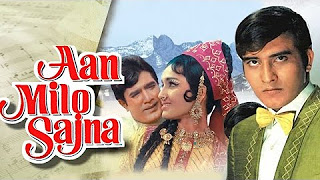 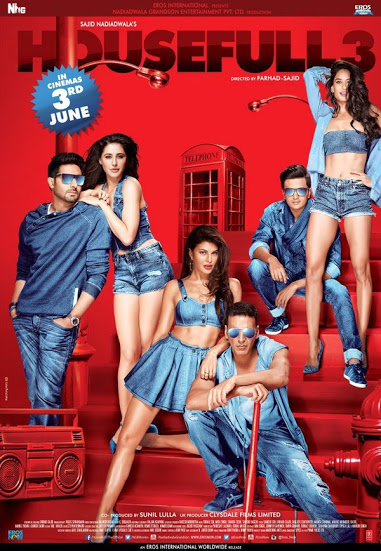 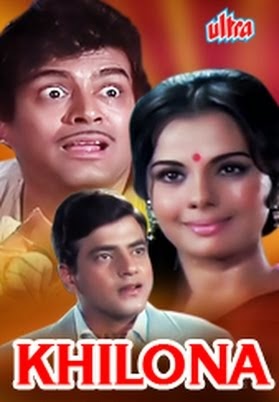 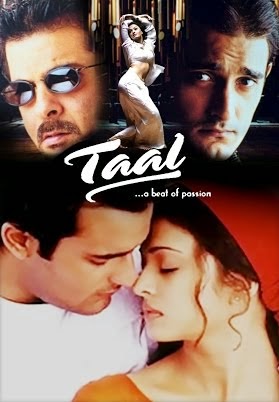 Email ThisBlogThis!Share to TwitterShare to FacebookShare to Pinterest
Labels: June 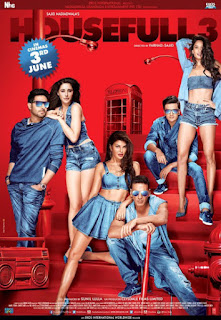 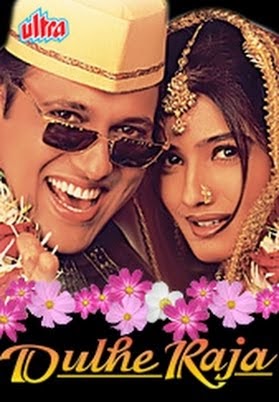 Tamanna Sahni (Shilpa Shetty) is a creative head of a top advertising agency-T.J Associates. Her dedication, ideas,designs and hard work have mainly contributed to the success of the agency. At a college reunion, she meets her college sweetheart Rohit Manchanda (Salman Khan). They rekindle their love for each other and share some intimate moments together. Eventually Rohit leaves and Tamanna settles back into her normal daily routine. When her sister, Tanya (Kamalinee Mukherjee), meets with an accident she decides to donate her blood. However her doctor, Dr. Raisingh (Revathi), informs her for being tested as positive for HIV. Tamanna's world turns upside down and she desperately tries to get into contact with Rohit but in vain.

Tamanna, loses her job due to her HIV. Angered by her unfair dismissal she searches for a lawyer to fight her case .  Tarun Anand (Abhishek Bachchan) agrees to represent her. Unfortunately Tarun and Tamanna lose the case and they re file the case in the high court.  Meanwhile Tamanna reaches out to Rohit who is battling for his life in a hospital and dies in front of her due to AIDS. Tarun fights the case very strongly and finally wins the case in high court. Tamanna later starts her own business venture and after 2 years is been awarded by the Business Today (business magazine) as one of India's young achievers. Tamanna dedicates her award to Rohit.
_____________________________ 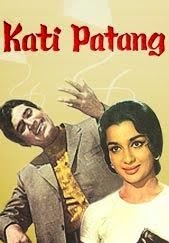 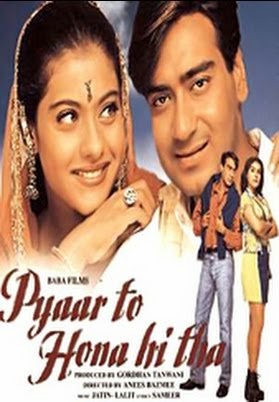 James, comes to Mumbai seeking a successful life, and works as a bouncer at a club there. He encounters the brother of an MP who is troubling a lady. The encounter causes a huge conflict between the two, this also gets his brother and MP Shanthi Narayana involved. This conflict then causes death of James's friend, whom he lives with, Babloo. James is further attacked and he also accepts the challenge.
_____________________________ 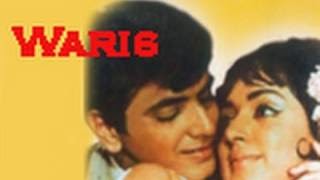 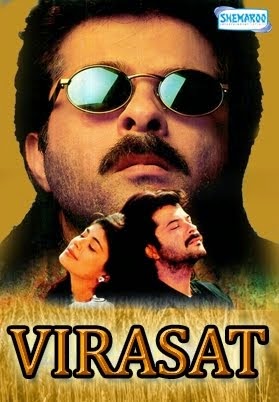 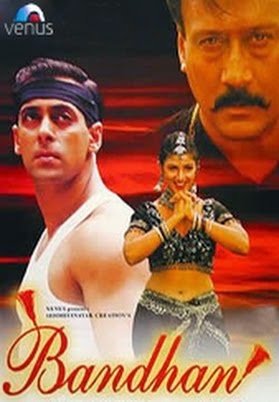 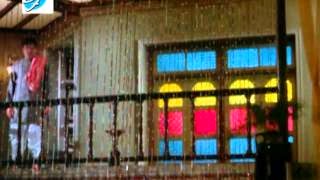 
Monish Rai (Ashok Kumar) is from a wealthy family, and is in love with Deviyani (Suchitra Sen), who is poor. Monish goes  abroad to further his education in law. After his departure, financial problems overwhelm Deviyani and her father. She approaches Monish's mother for financial assistance, but is refused. In desperation, Deviyani's father marries her off to a much older man, Rakhal Bhattacharya, who has loaned money to Deviyani's father. Rakhal is also an alcoholic and frequents prostitutes. Deviyani becomes pregnant and gives birth to a baby girl, Suparna. Unhappy with her marriage and her circumstances, she runs away, and becomes a devadasi, or temple dancer, She is however found by Rakhal, who blackmails her for money, and  attempts to kidnap Suparna on more than one occasion. Deviyani approaches Mother Mary, the Mother Superior of a convent and leaves Suparna in her care.  When Monish returns to the city, he thinks he has seen Deviyani, but is told by others that the person he has seen is a Lucknow-based prostitute, Pannabai.

The movie relates the story of Deviyani's life and revolves around the theme of "mamta" - motherhood, or a mother's love, what a mother does for the protection and well-being of her child, and all the sacrifices made by her in order that her child can live a life filled with status, dignity and love . Veteran actress (Suchitra Sen) portrays the double role both of Deviyani and Suparna. 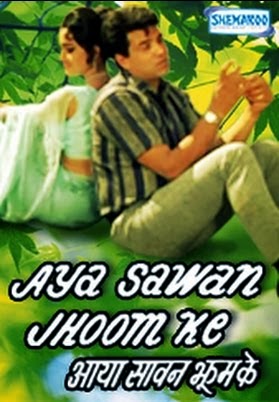 In order to have a respected and honest living, criminal Ravi (Jeetendra) ends his tenure of crime and joins a carpentry owned by (Satyendra Kapoor) and his daughter Reena (Saira Banu). Ravi's heroic stun of saving a local police chief's daughter gains him popularity and respect in the community. Reena and Ravi fall in love. However Ravi's former partner in crime Robert (Danny Denzongpa) and his girl friend Julie (Padma Khanna) force  Ravi to go back in the world of crime. What will be Ravi's destiny?

Number 7 of the year

Anita, a wealthy heiress is under the care of her aunt. Sita Devi, the aunt is a feminist and she doesn't want Anita to get married. But Sita Devi's brother passes away, leaving behind a vast fortune to be paid to Anita with the condition that she must be married in order to inherit it. Sita Devi hires an unemployed artist, Preetam Kumar, to be a temporary groom for Anita to divorce her after some time. But what happens after this arranged marriage is the story to be watched in the movie.

Number 3 of the year 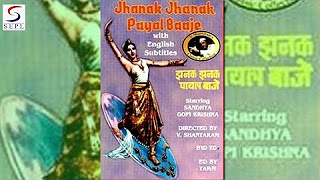 Classical dance guru Mangal watches a dance performance by a dancer Neela in a lavish haveli, He orders his talented son Girdhar to dance. Neela is impressed and begs Mangal to admit her as a pupil. He agrees on two conditions: she must devote her life to art and she must partner Girdhar in the Tandav portion of an upcoming dance competition. TThee two practice together and she begins to fall in love with Girdhar. Manilal, a wealthy and jealous man who wants to marry  Neera  warns Mangal. When Mangal goes away for some time to buy new costumes for the pair, they confess their love to each other and neglect their dancing in favor of idyllic walks and boat rides. Mangal returns and discovers that the two are in love. Enraged that Girdhar's dancing has suffered and believing that he will now never win the title of Bharat Natarajan, he resolves to leave him. Dismayed that she has endangered Girdhar's career,  Neela tries to drown herself in the river, but is rescued by a kindly sadhu. She decides to follow the example of the minstrel Meerabai and devotes her life to Krishna, but is alarmed when Girdhar appears declaring that he can not forget her. She pretends not to know him and he is enraged; his father takes him away. She becomes ill and the sadhu and her servant Bindiya take her to the temple where the dance competition is being held. Hoping to sabotage his chances, Manilal has bribed Girdhar's new partner to drop out of the competition. Neela takes her place in the Tandav dance and Mangal realizes that she spurned Girdhar to help him win the competition. With the help of Neela, Girdhar wins the competition and Mangal gives the couple his blessing to marry.


Kedarnath  passes away and his daughter, Shobha goes to live with his friend, Charandas's family. Kedarnath requested that his daughter is married to Charan Das's mother. But, their son goes missing afterwards.  Years later Shobha is now matured and Charandas scouts for a suitable groom. A wealthy man, Sunder, would like to marry Shobha, but is not accepted. Then one night Shobha is abducted. The Police could not locate her. Then Shobha returns home and tells them she was rescued by a wealthy man named Azaad, housed in a mansion, looked after very well, and brought back home all in one piece. The wealthy man is a notorious bandit named Azaad. Shobha informs them that she wants to get married to Azaad. Charandas and his wife are stunned. What will they do now? 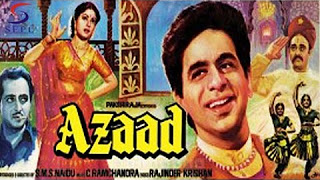 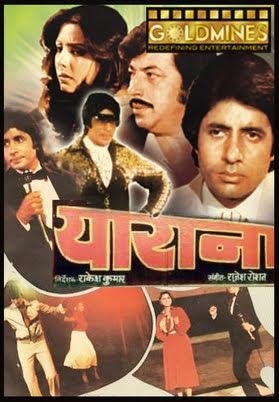 Om Batra (Anil Kapoor), Jai Batra (Fardeen Khan) and Jagadish Batra (Abhishek Bachchan) are brothers and stay with their mother Saraswati Batra (Waheeda Rehman) at Gulmohar Villa. Om is the only person earning money for the entire family. Jai is very intelligent and hence goes abroad for further studies. Jagadish stays with Om and is very smart at computers and hacking. Om has taken a loan from his best friend, Shekhar Malhotra (Parmeet Sethi) and works in his music company.

Om and Jai get married to Ayesha (Mahima Chaudhary), who is a VJ at MTV and Neetu (Urmila Matondkar), who is the daughter of a rich NRI, respectively. The happy family scenario goes for a toss when conflicts arise in the family and Jai and Neetu decide to go back to America and settle there. Jagdish is also caught and thrown out of his family when Om learns that Jagadish, with the help of hacking, has leaked the question paper for a friend. Jagadish meets Pooja (Tara Sharma) and the two fall in love with each other.  Things turn  worse when Om is unable to repay the loan that he had taken for Gulmohar Villa and hence have to leave the house.

Will the borthers unite?

Email ThisBlogThis!Share to TwitterShare to FacebookShare to Pinterest
Labels: Hit Films, Top 10 of the year 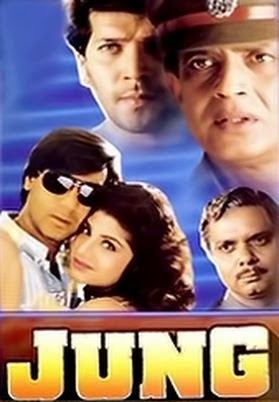 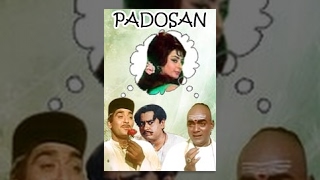