Sanjay Dutt - Biography, Films and Videos on YouTube and Other Video Sites

Sanjay Dutt is an Indian film actor He is son of film actors Sunil Dutt and Nargis Dutt. He made  acting debut in 1981. Since then he has acted in some of the most popular Hindi language films. Although Dutt has enjoyed major success in movie genres ranging from romance to comedy, it is for the action genres that he had  unprecedented adulation.

He received critics' appreciation for his performances in Mahesh Bhatt's Kabzaa and J. P. Dutta's 1989 Hathyar. In the late 80s he was seen in a number of films alongside actors like Govinda, Mithun, Dharmendra, Jackie Shroff and Sunny Deol.

His successes in the early 1990s,  included Tejaa, khatarnak, Zahreelay, Thanedaar, Khoon Ka Karz, Yalgaar, Gumrah, Sahibaan, and Aatish: Feel the Fire. He starred  in notable films of the 1990s such as Sadak, Saajan and Khal Nayak. 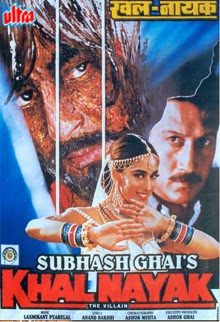 He was in jail for his keeping an AK-47 supplied by persons connected to terrorist activities.

He came back into films in 1999  by starring in the Mahesh Bhatt directed hit Kartoos along with Khoobsurat, Daag: The Fire, Haseena Maan Jayegi and the award winning Vaastav: The Reality, for which he won his first Filmfare Best Actor Award. His role in 2000's Mission Kashmir won him critical acclaim and a number of awards and nominations, as did his subsequent performance in Kurukshetra. He played important roles in popular and critical successes such as Jodi No.1 (2001), Pitaah (2002), Kaante (2002) and the National Award-winning blockbuster Munna Bhai M.B.B.S. (2003), which garnered him several awards. Later successes came with Musafir (2004), Plan (2004), Parineeta (2005) and Dus (2005). His performances in Shabd (2005) and Zinda (2006) were appreciated by critics.

The blockbuster sequel Lage Raho Munna Bhai released in late 2006. He received a number of awards for his performance in the film along with an award from the Prime Minister Manmohan Singh for his work in the Munna bhai series. News channel NDTV named him Indian of the Year for 2006.  The Mumbai bombing's trial once again started ad he was jailed on two occasions between 2006–2007 for short periods, as he was found guilty 'under the possession of arms act'. He was granted bail enabling him to star in successes like Dhamaal (2007) and Shootout at Lokhandwala (2007). In January 2008, Filmfare listed 12 movies featuring Dutt in its top 100 grossing movies of all time list. 2012, his films released included  Agneepath and Son of Sardar. His film Policegiri released in 2013 had a good box office opening. His next release is a film with director Raj Kumar Hirani co-starring Amir Khan is set for a December 2014 release. It is the last film Dutt completed before going to  prison to complete sentence.