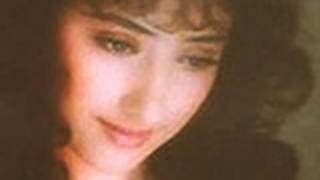 
More Details about her Films

Vidhu Vinod Chopra's love saga 1942: A Love Story (1994) was a hit. In Mansoor Khan's romantic musical Akele Hum Akele Tum (1995) opposite Aamir Khan, she played the role of Kiran, an ignored wife who leaves her husband and child in order to fulfill her singing talent and subsequently becomes a popular star.

In 1996, in Agni Sakshi, she played the role of a battered wife on the run from her mentally ill husband, played by Nana Patekar. The film is among the top ten of  that year at the Indian box office. Later that year, she acted in Sanjay Leela Bhansali's directorial debut, Khamoshi: The Musical. The film saw her playing the role of Annie, a caring daughter to deaf parents. Her performance was highly acclaimed, and won her a second consecutive Filmfare Best Performance Award, as well as a Star Screen Award for Best Actress.

One year later in 1997, she played the leading role alongside Kajol and Bobby Deol in the thriller Gupt: The Hidden Truth. The film became one of the hits of the year.

She went on to collaborate once again with Mani Ratnam, and starred in his award-winning film Dil Se.. (1998) opposite Shahrukh Khan. The film did not do well at the box office in India, the film proved to be a hit overseas. In 1999, she starred in the successful Kachche Dhaage (1999), and  Indra Kumar's drama Mann. She played the role of a traffic accident victim in the film, which entered into the top ten highest grossing films of the year.

In 2001, she starred in the drama Grahan opposite Jackie Shroff (commercial failure). She played the main role in Rajkumar Santoshi's drama Lajja along with an ensemble cast that included Rekha, Anil Kapoor and Madhuri Dixit. She also acted in Moksha opposite Arjun Rampal, a failure at the box office.

In 2002, she starred opposite Ajay Devgan in Ram Gopal Verma's Company. The film won her third Filmfare Critics' Best Actress Award. In that same year, she appeared in Ek Chotisi Love Story. The film was mired in controversy but a success of the year.

In 2003 she acted  in several low budget films. Escape From Taliban  won her the BFJA Award for Best Actress. She then played the main protagonist in Market (2003), a decent success at the box office.

She went to New York and did  a diploma in filmmaking. She produced the small-budget caper-comedy Paisa Vasool (2004) in which she starred along with Sushmita Sen. It was a special because  it did not have a male lead nor a love story.

In Anwar, she played a supporting role along with her brother Siddharth Koirala, her only release in 2007.

In 2008, she  acted in Tulsi, opposite Irrfan Khan.Her performance as Tulsi, a young homemaker diagnosed with blood cancer, was well received. She next starred in Sirf (2008), a movie about four couples from different strata of life, which portrays the lifestyle of people in metro. In the same year, the long delayed Hindi film Mehbooba, was released.

In 2012, she worked director Ram Gopal Verma for his 3D horror film Bhoot Returns which is a sequel to 2003 hit Bhoot.


On 29 November 2012, it was reported that Koirala had been diagnosed with ovarian cancer., As of July 2014, she has been cancer-free.

2008
Tulsi: Mathrudevobhava  - Tulsi
Sirf....Life Looks Greener on the Other Side -  Devika
Mehbooba  - Varsha