Number one of the year 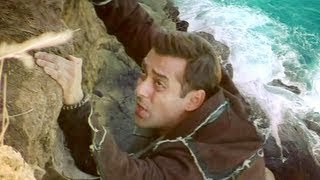 A Scene in No Entry - YT - Shemaroo Video

Prem (Salman Khan) is married to Pooja (Esha Deol), but lives a carefree life. He has a friend Kishen (Anil Kapoor) married to Kaajal (Lara Dutta). When Laura Dutta is going on a trip Bobby (Bipasha basu) comes to the house of Anil Kapoor. She is sent by Salman Khan. Laura Dutta comes back home as she forgot something and Anil Kapoor tells a lie about Bipasha Basu that she is in love with another friend. One lie follows another as the friend is engaged to marry the girl he loves and Anil Kapoor and Laura Dutta attend the marriage. This there are many funny awkward situations and  more lies and coverup situations follow.