He made his Hindi Film debut in 1953 with the film Jeevan Jyoti. 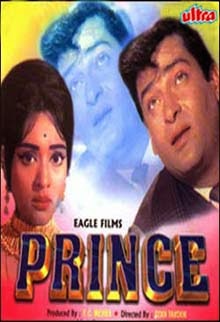 A Hit Song from Prince

Blog being developed with great effort to make film lovers more aware and choose the films to watch based film collections under various themes. A curation of great utility to all including the developer of this blog.
Posted by Narayana Rao K.V.S.S. at 7:02 AM