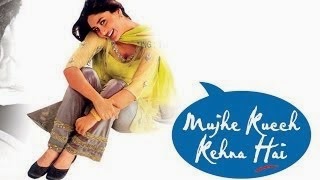 Karan  sees the girl of his dreams. Everywhere he sees her he follows her but suddenly from one day couldn't find her. After some time, he is on a trip  to another city in his car. But his car breaks down and ge gets lift that girl, Pooja. During the drive, a truck comes and hits the car which falls in a valley and  Karan and Pooja end up holding a cliff. After saving Pooja, Karan slips and falls down. After gaining conscious Pooja realizes it was her fault that Karan fell down and searches for his body. She could not locate him, as  he was found by a man and is taken to a hospital. He recovers and goes off to search for Pooja. She finds him first and they start a friendship. He gets close to her and confesses that he loves her and she also acknowledges that she loves him. She is on her way to USA for studies and she promises to come back and marry him.