Number 10 of the Year 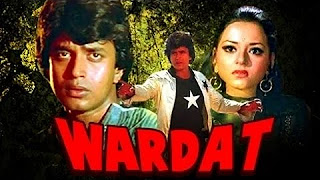 Large locusts attack the farmers and farmlands resulting in hefty damages. The Indian Government suspects that this is the work of some terrorists and assign this case to their best agent Gunmaster G-9 alias Gopinath, who takes charge and begins the investigation, that will lead him to the dark secret world of underground scientists, who are making experiments to support their evil plans.