Number 3 of the Year 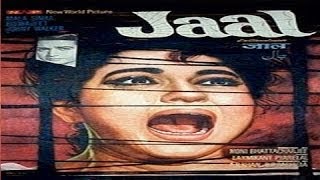 Maria (Geeta Bali) is living with her brother in a fishing village. Lisa and Tony Fernandes (Dev Anand) come to the village and enter their life. Maria and Tony fall in love with each other. But Lisa Maria that she has known Tony, they have had an affair, and he had betrayed her. However, this warning has no effect on Maria. Maria joins Tony in all his negative activities.

Geeta Bali as Maria plays perhaps her best performance. The way she played the character  points to a brilliant understanding of the role and it’s deeper nuances. Geeta lives the part of a woman in love with a man from the depths to the extent of committing any crime to be with him effortlessly. Her portrayal of an agonized and arrested soul, seeking liberation during the course of the song ‘Yeh Raat’ is one of the most brilliantly performed. In it’s brilliance, it is similar Madhubala in Mughal-E-Azam and Nargis in Barsaat.

Dev Anand as Tony portrays effortlessly the negative side of man. The sly toothless grin, the twinkling eye, the friendly smile every gesture of this man points towards the eternal romantic. Dev managed  to portray his role to perfection and created one of the most enduring and well-chiseled negative performances in Hindi Cinema.

Johnny Walker impresses in a short cameo. Purnima plays the role of the wronged woman effortlessly. K N Singh is adequate. Rashid Khan shines in the role of the buffoon. .

Blog being developed with great effort to make film lovers more aware and choose the films to watch based film collections under various themes. A curation of great utility to all including the developer of this blog.
Posted by Narayana Rao K.V.S.S. at 1:24 AM