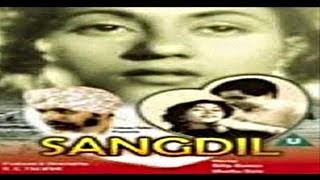 Shankar is born in a rich family. He got all the love and luxury a person could ask for, a loving father, caring maid and a friend, Kamala who was the love of his life. But after his father's death, his mother splurges not only all the money in the house but also Kamala's wealth. She then sends  her to an orphanage. Kamala escapes from the orphanage and lands up at a temple to become a Shiv Pujaran. On the other hand, Shankar who is also deeply in love with Kamala isolates himself from the world in such a way that he hates women. But he has turned into a notorious rich thakur who is always throwing money on the women he plays around with. Kamala and Shankar meet again. Shankar does not recognize Kamala but falls for Kamala's beauty. Kamala can't believe that her Shankar could ever be so evil.  As the movie story proceeds, the darkness in his life and the hollowness created by Kamala's absence is revealed. Realising the undying love that Shankar has for her, Kamala breaks the holy path that she had chosen for herself and, decides to marry Shankar. Shankar's mother resurfaces again creating problems once again.

Hit Song of the Movie


Blog being developed with great effort to make film lovers more aware and choose the films to watch based film collections under various themes. A curation of great utility to all including the developer of this blog. Bits of information being collected over period of time.