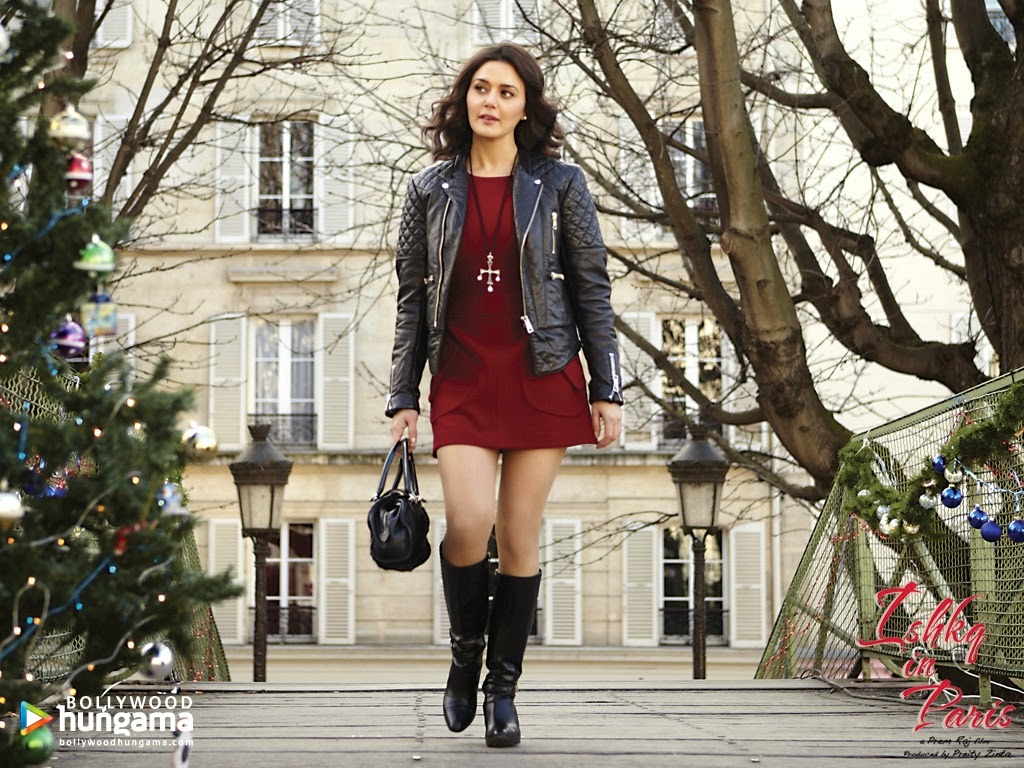 Preity Zinta (born 31 January 1975) is an Indian film actress. She has appeared in Hindi films of Bollywood, as well as Telugu, Punjabi and English language films. Zinta made her acting debut in Dil Se.. in 1998 followed by a role in Soldier the same year. These performances earned her a Filmfare Award for Best Female Debut, and she was later recognised for her role as a teenage single mother in Kya Kehna (2000). She subsequently played a variety of character types and gave number of hits.

Zinta is from a family of Rohru in Shimla district, Himachal Pradesh. Her father, Durganand Zinta, was an officer in the Indian Army.  She studied at the Convent of Jesus and Mary boarding school in Shimla.  As a student, she developed a love for literature, particularly the works of William Shakespeare and poetry, received good grades and  played sports, especially basketball.

Zinta enrolled at St. Bede's College, Shimla and graduated with an English honours degree, and further earned a postgraduate degree in criminal psychology. She later took up modelling.Preity Zinta's first television commercial was for Perk chocolates, the result of a chance meeting with a director at a friend's birthday party in 1996. Afterwards, she appeared in other catalogues and commercials, including one for the soap Liril.


In 1997, Zinta met film-maker Shekhar Kapur when she accompanied a friend to an audition, and was asked if she would audition too. After the audition, Kapur insisted that she become an actress. He offered her debut role in Tara Rum Pum Pum opposite Hrithik Roshan, but the filming was cancelled. Kapur then, recommended her for director Mani Ratnam's Dil Se...

Zinta commenced shooting for Kundan Shah's Kya Kehna. But its release was delayed until 2000. Another film, Soldier, also was delayed and  her first release was Dil Se.. (1998) opposite Shahrukh Khan and Manisha Koirala.  She plyaed the role of Preeti Nair, a middle-class Delhi girl and Khan's fiancée and her role was for only 20 minutes of screen time. However, she was noticed for her role, and her scene with Khan, in which she asked him, "Are you a virgin?", became well-known.


She played her first leading role in the action-drama Soldier (1998), a commercial hit of the year. She won the Filmfare Award for Best Female Debut for her performance in both Dil Se.. and Soldier.

Zinta next acted in two Telugu films, Premante Idera (1998), opposite Venkatesh; and Raja Kumarudu (1999), opposite Mahesh Babu. She followed with the leading role in the thriller Sangharsh, alongside Akshay Kumar. The film was not a box-office success, but  Zinta's performance was appreciated.


Zinta's first release in 2000 was the drama Kya Kehna, which became a box-office success.

Later that year, Zinta starred in Vidhu Vinod Chopra's drama Mission Kashmir alongside Sanjay Dutt and Hrithik Roshan.  It was a big success and was the third-highest grossing film of the year in India.[

In 2002, Zinta collaborated once again with director Kundan Shah, as the protagonist in the family drama Dil Hai Tumhaara, alongside Rekha, Mahima Chaudhry and Arjun Rampal.


Zinta was the female lead in India's three highest-grossing films of 2003: The Hero: Love Story of a Spy, Koi... Mil Gaya and Kal Ho Naa Ho.

Rakesh Roshan's science-fiction film Koi... Mil Gaya, was a financial and critical success and became the most popular film of the year, as well as Zinta's highest-grossing film, with a domestic total of Rs 425 million.

Zinta's final release of 2003 was Kal Ho Naa Ho, a drama set in New York City. It was directed by Nikhil Advani and written by Karan Johar, co-starring Jaya Bachchan, Shahrukh Khan and Saif Ali Khan. The film was received favourably by critics and became India's second-biggest hit of the year after Koi... Mil Gaya. It also did well internationally and became India's top-grossing film of the year overseas, earning over Rs 750 million worldwide. She won several awards for her performance, including the Filmfare Award for Best Actress.

In 2004 she starred as TV journalist Romila Dutta in Farhan Akhtar's war drama Lakshya, alongside Hrithik Roshan. The film was based on the historical events of the 1999 Kargil Conflict; Zinta's character was modelled after TV journalist Barkha Dutt.Later that year, Yash Chopra cast her opposite Shahrukh Khan as the female lead in the love saga Veer-Zaara, the top-grossing Hindi film of that year in both India and abroad, with revenues of over Rs 900 million worldwide.

In 2005, Zinta appeared in two films. Her first release was the folk comedy Khullam Khulla Pyaar Karen, co-starring Govinda.  She next starred opposite Saif Ali Khan in Siddharth Anand's comedy-drama Salaam Namaste. Produced by Yash Raj Films, it was the first Indian feature to be filmed entirely in Australia and went on to become the year's highest-grossing Bollywood production outside of India, earning Rs 570 million internationally.

Zinta  further success in 2006 was Karan Johar's drama Kabhi Alvida Naa Kehna with  Amitabh Bachchan, Shahrukh Khan, Abhishek Bachchan, Rani Mukerji and Kirron Kher. The film became one of the biggest box-office hits in India, earning Rs 458 million, and grossed over Rs 480 million abroad, the biggest Bollywood success of all-time in the overseas market up until then.

She then starred in Shirish Kunder's romantic musical Jaan-E-Mann, a story set in the United States about two men, played by Salman Khan and Akshay Kumar, who love the same woman. But the film failed at the box-office.


In 2007, Zinta portrayed a British Pakistani woman, Alvira Khan, in her third project with Yash Raj Films, Shaad Ali's comedy Jhoom Barabar Jhoom, alongside Abhishek Bachchan, Bobby Deol and Lara Dutta.   She acted in an  English film, Rituparno Ghosh's The Last Lear, as a struggling film actress opposite Amitabh Bachchan. The film premiered at the 2007 Toronto International Film Festival, and was received well. Zinta next starred in Samir Karnik's Heroes (2008), a road movie about two final-year film students who, as a part of their assignment, travel a thousand miles across North India to deliver three un-posted letters written by army personnel who lost their lives during the 1999 Kargil war to their families.


By April 2008, Zinta had completed shooting for Jahnu Barua's drama Har Pal. In the same year she played the leading role of Chand in Deepa Mehta's Canadian film Heaven on Earth, a Punjabi language mystical drama based on the true story of a young Indian woman who, post an arranged marriage to a non-resident Indian man from Canada, migrates to Toronto and becomes a victim of severe domestic abuse.  Heaven on Earth was first screened at several film festivals and, upon release, garnered career-best reviews for Zinta. Her performance earned her the Best Actress (Silver Hugo) award at the 2008 Chicago International Film Festival, for "her strong yet subtle performance as a woman struggling to keep her dreams despite brutal realities." Among other awards, she was acknowledged with Best Actress nominations at several award functions in Canada, including the Genie Award by the Academy of Canadian Cinema and Television, and the Vancouver Film Critics Circle.

Following Heaven on Earth, Zinta took a break from films and concentrated on her cricket team.In 2011 she launched her own production company, PZNZ Media and  starred in her first film under the banner—the Prem Raj-directed romantic comedy Ishkq in Paris, which she also co-wrote. The film has failed at the box office.

In 2013, Zinta was offered a role in  Neeraj Pathak's action comedy Bhaiyyaji Superhitt  opposite Sunny Deol in the role of an aggressive Varanasi-based wife.