Kaho Na Pyaar Hai, a love story directed by his father, in which he starred opposite newcomer Amisha Patel was an exceptional success in the year 2000, winning eight Filmfare awards, two for Hrithik for Best Debut and Best Actor. Fiza with Karishma Kapoor and Mission Kashmir with Preity Zinta followed.

2003 Hrithik's film Koi Mil Gaya with Preity Zinta is a super hit. He bagged the Filmfare Best Actor Award as well as the Filmfare Critics Award for Best Performance.

In 2004, Lakshya did moderately well. In 2006, Krrish, the sequel to Koi Mil Gaya was made with Priyanka Chopra as heroine. The movie was a hit and a top earner. Dhoom 2, the sequel to Dhoom in which he played the negative role won for him another Filmfare Best Actor Award.

2009 releases were Kites and  Luck by Chance.

His subsequent releases are  Guzaarish with Aishwarya Rai, Agneepath (2012) and super hit Krrissh 3.

Film Bang Bang with Katrina Kaif will release on 2 October 2014.

Blog being developed with great effort to make film lovers more aware and choose the films to watch based film collections under various themes. A curation of great utility to all including the developer of this blog 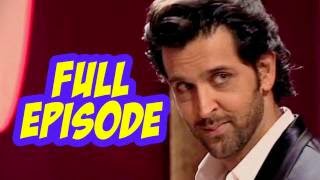