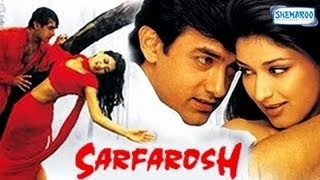 ACP Ajay Rathore is transferred to Mumbai to eliminate a terrorist nexus that is causing havoc in the country. His girl friend Seema introduces him to renowned Ghazal artist Gulfam Hassan, of whom Ajay is very fond of. With the help of his sub-ordinates Salim and Yadav, Ajay proceeds further and goes to the place of  Gulfam Hassan and stays there as a guest. But then, he comes to know that Gulfam Hassan is the master man behind the terrorism. Gulfam Hassan dies.

Amir, the ACP hunting down criminals and reaches the person orchestrating them, Naseeruddin Shah.