In 1978, Jackie Shroff made his acting debut in Dev Anand's  movie, Swami Dada. In 1983, Subhash Ghai cast him in lead role for the movie, Hero, in which he was paired against Meenakshi Seshadri and the film went on to become a success. Shroff worked  in many Subhash Ghai movies. His films Andar Baahar and Yudh were successful. In 1987 Karma, his film became the highest grossing film of 1987. His another film Kaash gave him critical acclaim.. His films  Dehleez and Sachche Ka Bol Bala were also critically acclaimed.  His 1989 hit film Parinda, won him  first filmfare award for best actor. After that he did many hit films like Ram Lakhan, Hum Bhi Insaan Hain, Tridev, Baap Numbri Beta Dus Numbri, 100 Days, Saudagar, Angaar, Aaina and Khalnayak. Shroff also critically appreicated  for his performance in Gardish. In 1997 he acted  in Agni Sakshi, a successful film. He is appearing in many films now as character actor.

Top 10 Hits of the Year of Jackie Shroff - YouTube Videos 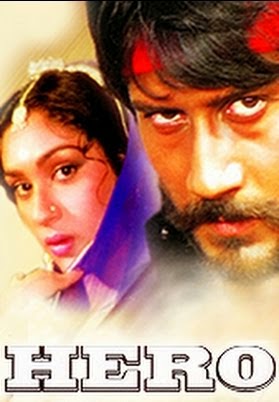