The Government of India honoured him with the Dadasaheb Phalke Award in 1988 and the Padma Bhushan in 1998 for his contributions towards Indian cinema.

Ashok Kumar started his carrer with Bombay Talkies production 'Jeevan Naiya' in 1936. Later, Devika Rani and Ashok Kumar did a string of films like Izzat (1937), Savitri (1937) and Nirmala (1938). He gave several hits including most famously Main Ban ka Panchhi.

Ashok Kumar's last film role was in Aankhon Mein Tum Ho in 1997. He starred in over 275 films. 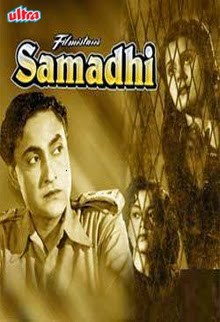 Blog being developed with great effort to make film lovers more aware and choose the films to watch based film collections under various themes. A curation of great utility to all including the developer of this blog.
Posted by Narayana Rao K.V.S.S. at 4:57 AM