Number 7 of the Year 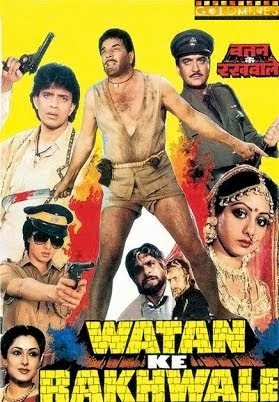 Arun Prakash who lives with his brother, who is a jailer, Suraj Prakash. Arun is connected to a group trying to eliminate criminal activities. Arun develops relationship with Radha. She is related to Dr. Narendra Pratap. Raj Puri and his son Naresh are criminal elements and Naresh wants to maryy Radha.  Raj Puri and Naresh commit criminal activities  usually from the orders of a gangster name Koya Koya Attache.  Arun manages to capture Naresh and hand him over  police. He is kept in Suraj's jail. But an inmate by the name of Mahavir has Naresh killed for the rape and brutal murder of his sister, Vimla. Suraj is charged for this murder, and he is forced to tender his resignation as a jailer and become a prisoner in his own jail. Raj Puri and his associates have taken a pledge to end  Arun's life as he is an obtruction to their criminal activities.


Blog being developed with great effort to make film lovers more aware and choose the films to watch based film collections under various themes. A curation of great utility to all including the developer of this blog.